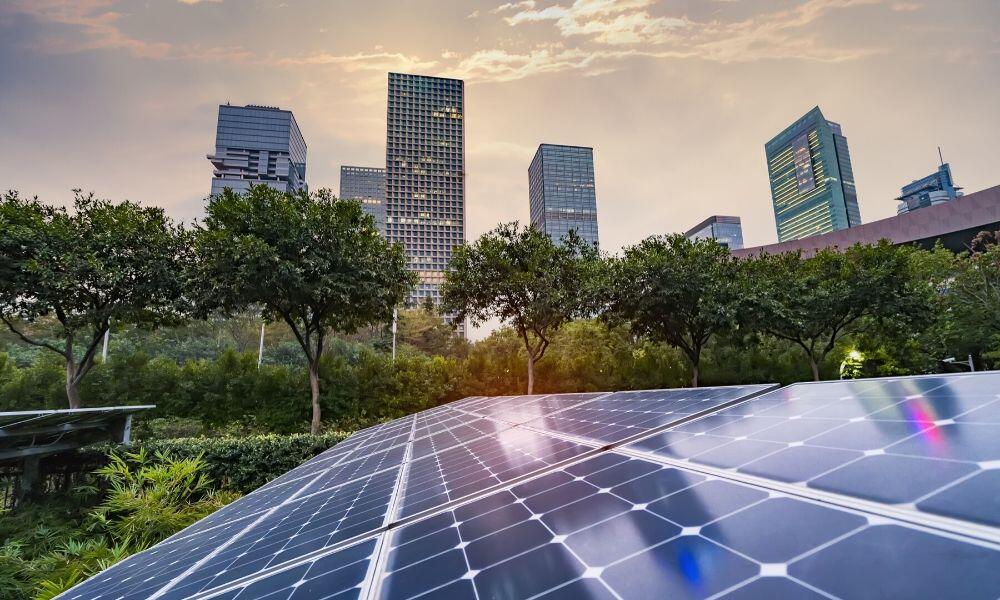 It’s widely accepted across the scientific community that the Earth is warming up at an unprecedented rate due to the high consumption of fossil fuels. These fossil fuels are in limited supply and humans need to find alternative energy sources before environmental catastrophe hits. Still, there is an increasing push for nations across the world to use renewable energy, including hydro, wind, and, most notably, solar. In fact, it’s important to know how solar power positively impacts the environment to better understand why it will reduce current environmental issues.

One of the most important ways solar energy helps the environment is that it reduces greenhouse gases. Currently, the United States relies on coal consumption for its main source of energy. When industries burn coal, they release greenhouse gases and raise the level of CO2 in the atmosphere. This leads to a greenhouse gas effect, in which harmful gases like CO2 remain in the atmosphere and warm up the planet. Rising temperatures can lead to frequent and more severe natural disasters, rising sea levels, and higher acidification in oceans and the air. Solar energy, on the other, hand reduces CO2 levels and thus reduces the greenhouse gas effect.

Cuts Down on Water Pollution

Additionally, solar energy helps cut down on water pollution. Most manufacturing processes today rely on water to generate electricity. With coal, hazardous particles contaminate the water supply in ecosystems and human populations. Solar energy doesn’t have this effect, and much less water is needed to run industrial processes than with coal or natural gas. There is no strain on local supplies that impacts wildlife or human communities.

Assuming no cataclysmic event occurs that blocks out the sun, solar power is always available. This is crucial compared to other common forms of resources. There is only a limited supply of oil, coal, and natural gas. Reliance on non-renewable resources can have devastating consequences on our planet, like the destruction of federally protected lands and a drastic change in human geography. With the use of solar power, humans avoid this crisis, since solar energy is limitless.

In the 21st century, it’s common knowledge that humans have made a terrible impact on the natural landscape. Climate change has already made profound changes to the environment, such as melting glaciers, destructive natural disasters, and unnatural seasonal changes. The reliance on coal and natural gas caused and further worsened the greenhouse gas effect. Switching to renewable energy sources, like solar power, will lessen the current impact humans made. Hopefully, in the long-term, this lessened impact can even reverse any changes that occurred.

Given all that information, be sure to contact us at Solar Liberty for the best solar panel installation in New York. Fill out our online solar evaluation process to determine the right panel system for you. We offer solar arrays to homes, businesses, schools, universities, government, and utility systems.